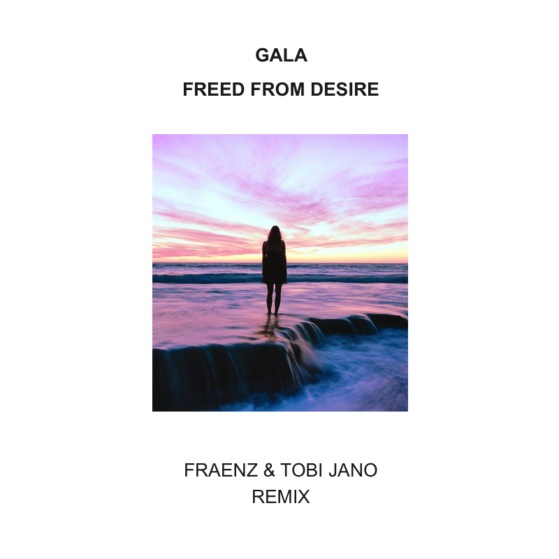 Inspired by football fans celebrating the Northern Irish player Will Grigg at the Euro 2016 in France, Fraenz & Tobi Jano join forces again to add a modern touch to the 90s classic ‘Freed From Desire.

After the successful collaboration on their remix of Alan Walker’s track ‘Faded’, which gained more than 50k plays on SoundCloud, the two German producers once again deliver a powerful and energetic Progressive House drop including a catchy melody alongside a really warm piano break perfectly matching Gala’s well-known vocals with this marvellous remix.

The original version by Gala has reached Diamond in France as well as Platinum in the United Kingdom.